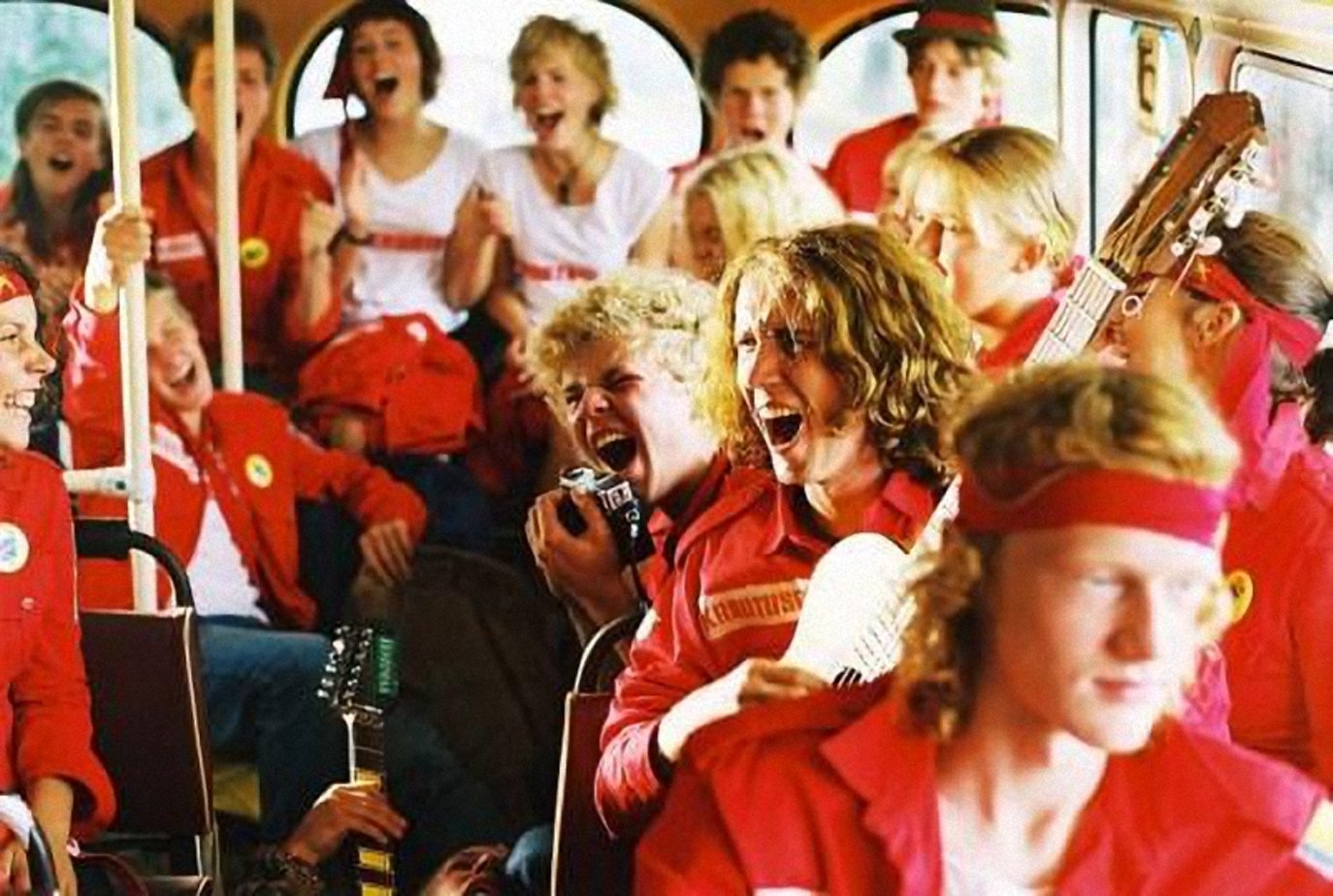 HERE GØES A MØVIE
HERE GØES A MØVIE
Revolution of Pigs
00:00-23:59
10 BYN
The hot summer of 1986. A large group of Estonian schoolchildren is heading to the summer camp to rest — they have three days ahead of them full of adventures, parties, and new loves. Teenagers listen to Duran Duran and discuss life plans: someone is afraid to fail their exams and end up serving in Afghanistan, someone plans to make a career in breakdance. But the most immediate goal for the next three camping days is the same for everyone — hurry up to get drunk and have sex. The counselors do not share their rebellious enthusiasm: for proper behavior and victory in an amateur art competition, the squad will be granted a trip to the Black Sea. In this regard, the main characters will also have an idea — to put on an audacious performance called "Something’s Rotten in This Country" while wearing pig masks, to make a big splash in the whole camp, and maybe in the entire Soviet Union.
In parallel, the story of the unhappy love of a 16-year-old Tanel develops in the film — the guy yearns for the beautiful Diana, who went on a date with him last summer, but now she only casts a cold glance. The young man, accidentally embroiled in an uprising against the strict camp administration, learns a lot about his comrades, his beloved one, and himself. “Revolution of Pigs” is the winner and the most scandalous film of the 2004 Moscow International Film Festival, a teenage comedy charged with anti-totalitarian energy about how revolutions reveal the most sincere feelings and emotions of people (and pigs).
What else to see
In the Mirror
Aalto
Mothers and Others
Ladies of Steel
The Body Fights Back
From the Wild Sea
The Jump
Last and First Men
The Last Ones
How We Played the Revolution
A Song Called Hate
The Most Beautiful Boy in the World
Gentle Warriors
Persona Non Grata
Oh, It Hertz!
Paradise ’89
Gritt
Orca