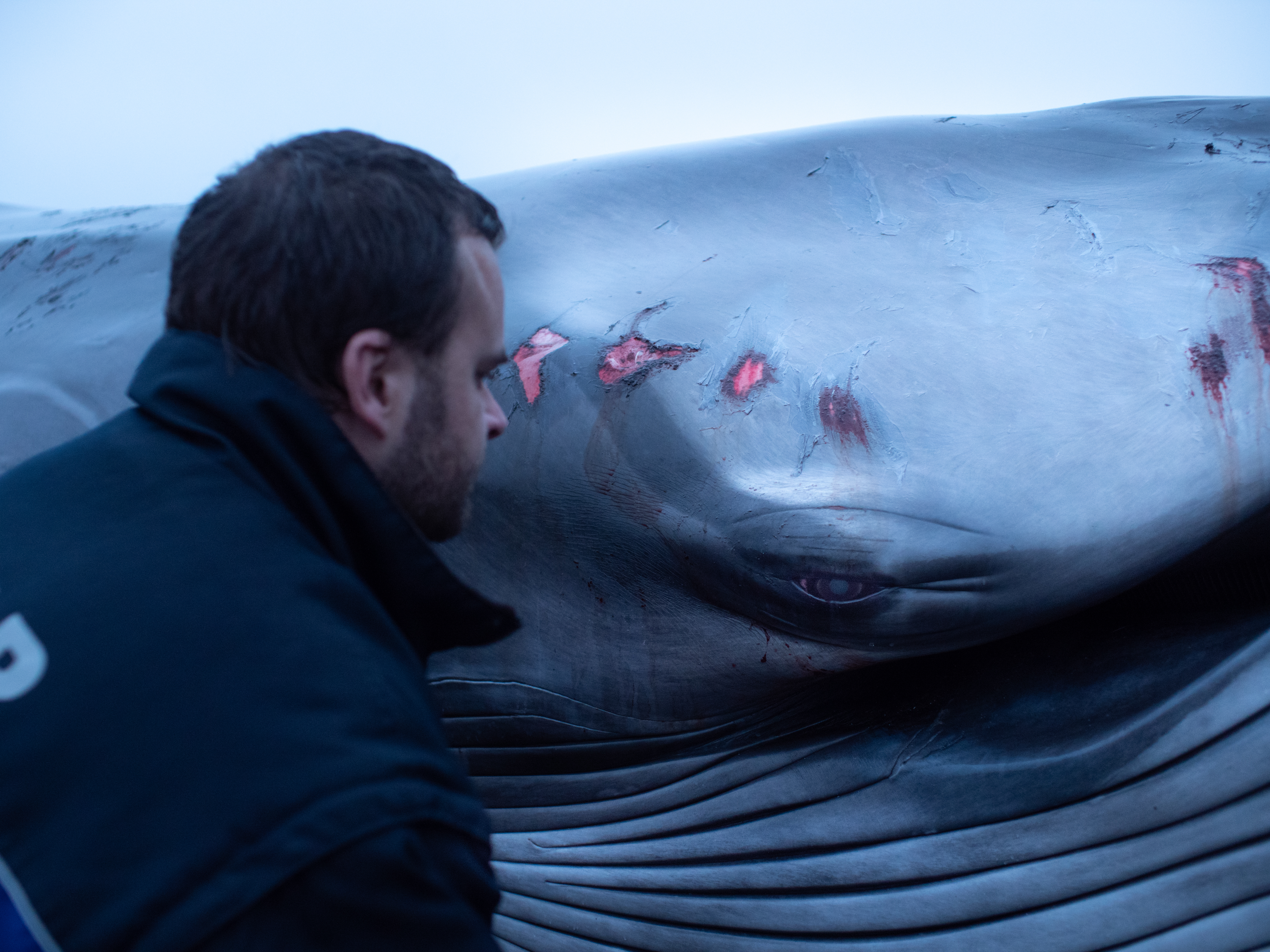 HERE GØES A MØVIE
HERE GØES A MØVIE
From the Wild Sea
00:00-23:59
10 BYN
You may know how difficult it is to put a cat in a carrier to take it to the vet. Now imagine that you are doing the same thing, only with a wounded and frightened wild seal — and this is just a small part of the work that volunteers do to save sea animals. They become the focus of a Danish filmmaker Petré, who has traveled the coasts of Great Britain, Ireland, and the Netherlands to see how charities from these countries are trying to at least partially fix the damage that humans cause to marine wildlife.
Anthropocene — a formal term confirming that we live in an era of maximum human impact on the ecosystems of the Earth — becomes the key motive of the "From the wild sea" film. Sea animals are unlikely to be aware of such complex concepts, but can distinctly sense the climate change and the presence of uninvited guests in their home for a long time. Seals, dolphins, and whales are injured by the by-catch, get caught up in boat propellers, become sick from the plastic they swallow or are caught in a violent storm that casts them onto rocky shores where the animals suffocate and die. Ocean life has turned into a struggle for the survival of thousands of species, including birds that fell victim to oil spills. In her film, Petré explores the complex relationship between humans and marine life, looking at all events from the point of view of the latter. "From the Wild Sea" organically combines the production drama of volunteers and poetically contemplative images of the raging ocean, once again reminding how insignificant a human is in comparison with nature.
What else to see
Papa
Paradise ’89
The Body Fights Back
The Jump
Ladies of Steel
Mothers and Others
Gentle Warriors
The Last Ones
Aalto
The Most Beautiful Boy in the World
Orca
Revolution of Pigs
How We Played the Revolution
Kunashir
Common Language
Last and First Men
Oh, It Hertz!
Soyka
A Song Called Hate
Persona Non Grata
Gritt
In the Mirror