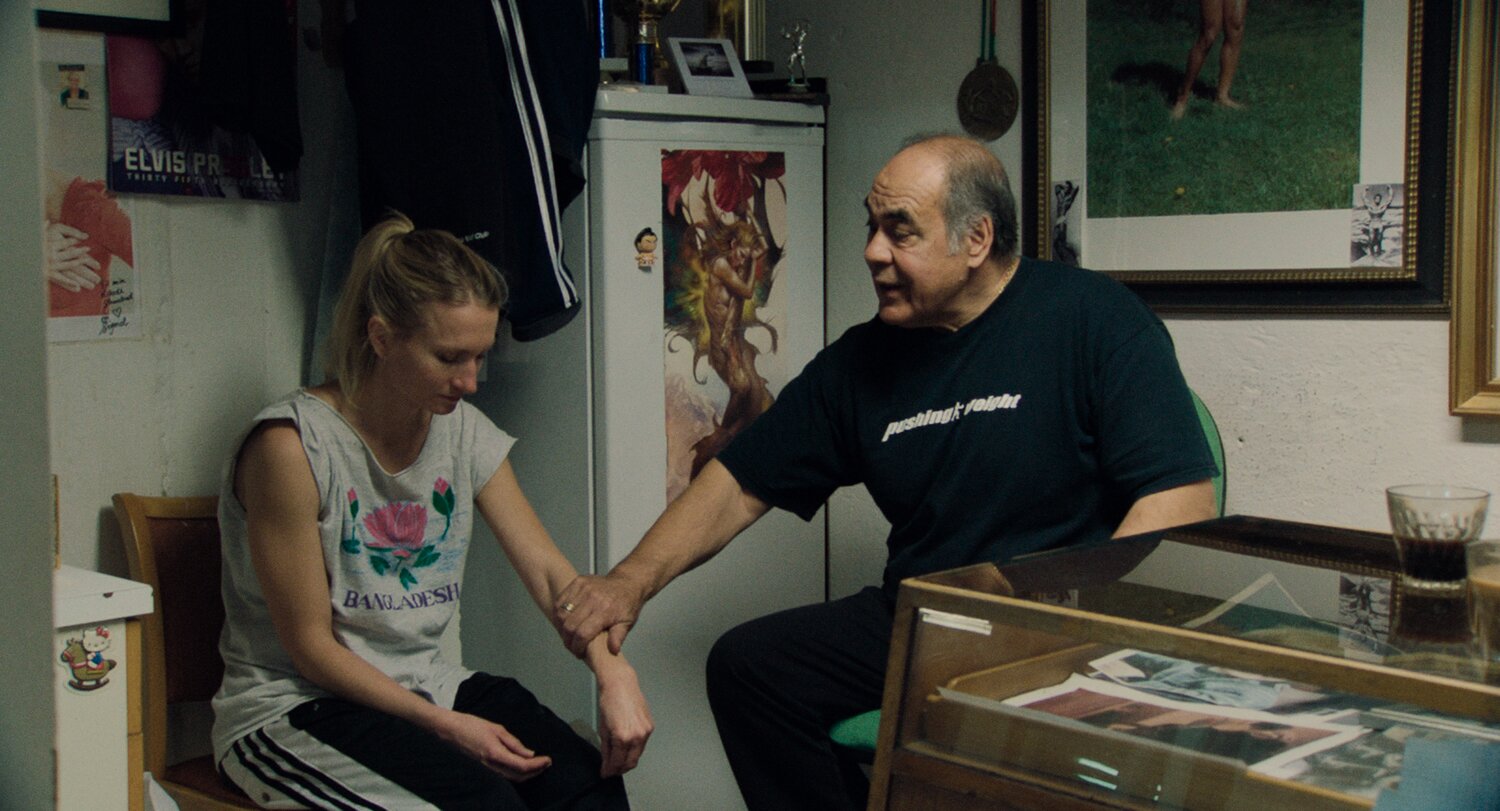 HERE GØES A MØVIE
HERE GØES A MØVIE
Gritt
00:00-23:59
10 BYN
The young Norwegian Gritt (Birgitte Larsen from "The Bothersome Man") has a nervous look, skinny arms, and endless creative ambitions: the girl calls herself an artist who is engaged in "development of rituals." She is going to stage a large-scale theatrical performance entitled "White Inflammation" — with sharp criticism of indifferent wealthy Scandinavia and pretension for the funeral of capitalism and patriarchy. After Gritt's application for a grant gets rejected due to her lack of production experience, the heroine begins to intrude Oslo theater crowd, steal others’ ideas, deceive people, and increasingly lose touch with reality. Is all this happening because of her blatant mediocrity or underestimated talent, on the contrary? The viewer will have to decide.
Director Itonje Søimer Guttormsen immerses us in a whirlpool of the creative everyday life of the protagonist with the help of an energetic hand-held camera, pulsating film image inserts, and suspense-mongering music by Eric Junggren, a veteran of Norwegian heavy metal. The outstanding Polish editor Michal Leszczyłowski, who worked with Andrei Tarkovsky, was also responsible for the precisely sustained rhythm of the picture.
"Gritt" is partially filmed at the intersection of fiction and documentary films: on the way of the main character, there are prominent representatives of the Norwegian cultural scene, who play themselves.
What else to see
Mothers and Others
Ladies of Steel
Aalto
The Body Fights Back
Orca
How We Played the Revolution
The Most Beautiful Boy in the World
Last and First Men
The Jump
Persona Non Grata
Gentle Warriors
Revolution of Pigs
From the Wild Sea
In the Mirror
The Last Ones
Paradise ’89
A Song Called Hate
Oh, It Hertz!